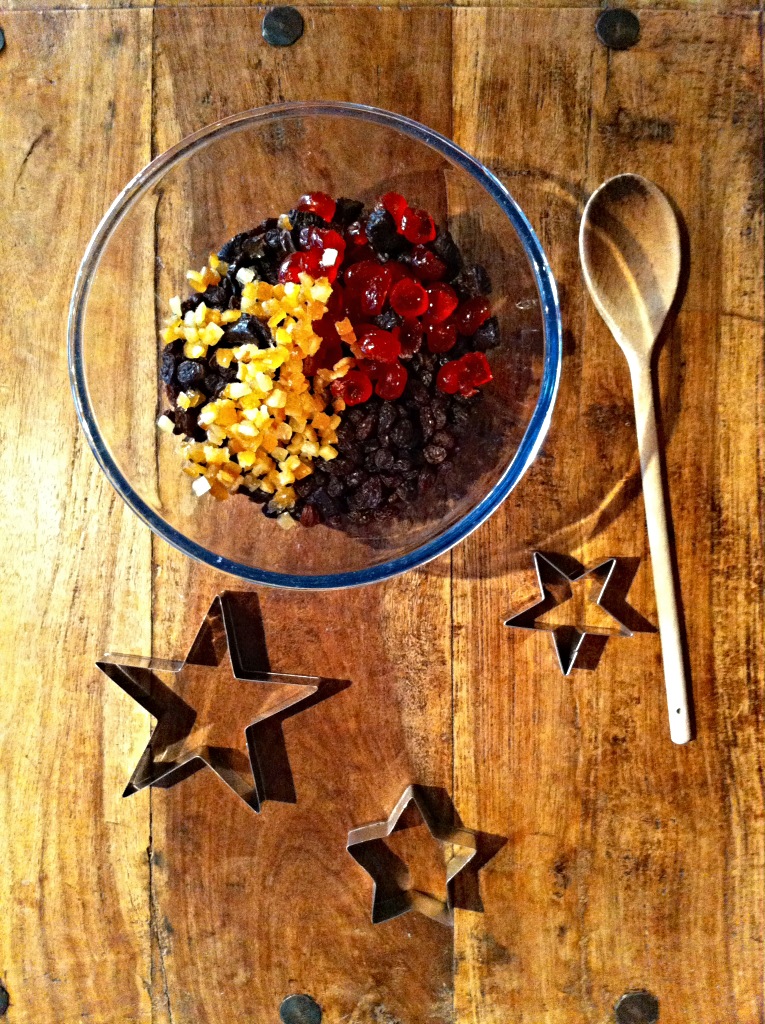 Christmas cake. It’s the one thing mum has refused to let me bake. She doesn’t mind if I make a deep, stodgy fruitcake any other time of the year but not christmas. Since she was 15 years old she has made a christmas cake without fail, wherever she is that year. And, I suppose despite the mishaps of one year burning the cake or forgetting to add spices her christmas cakes always taste sublime.

However, this year the ritual has been broken… well, kind of anyway as I have been commissioned to make a traditional, brandy soaked christmas cake! 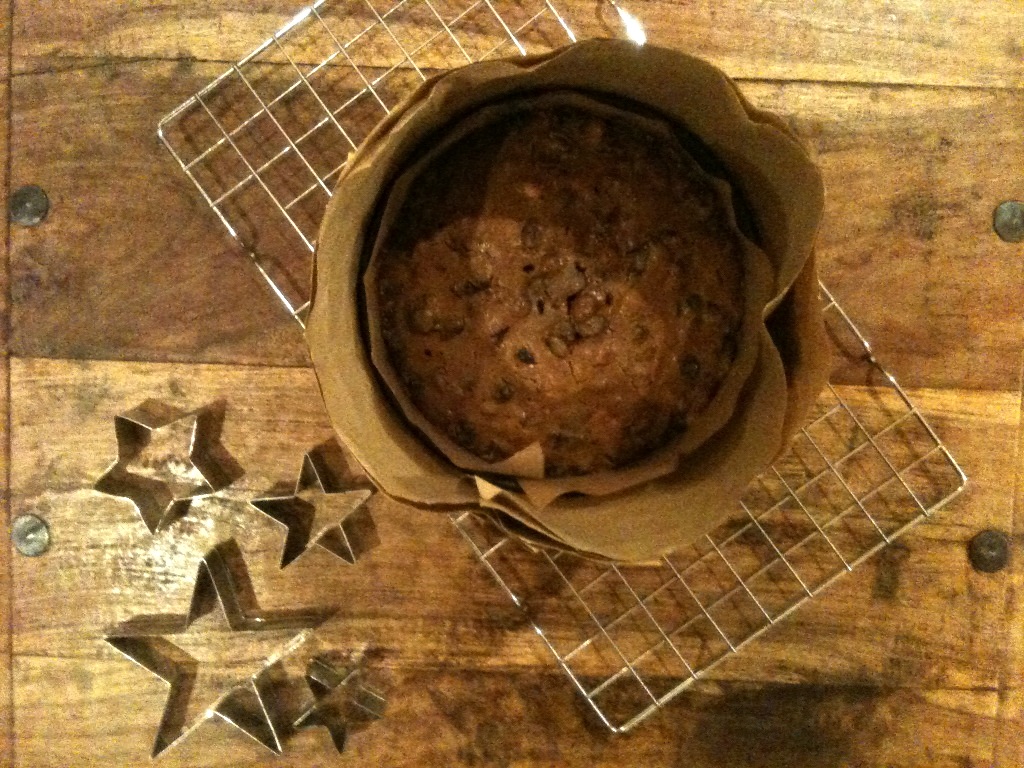 As I had to keep the cake traditional I used sultanas and raisins for the main body of the fruits along with prunes for moisture, morello cherries and citrus peel as well as speckling the batter with chunks of almonds. However, if I was to make this for myself I would experiment with other fruits. Perhaps opting cranberries for raisins, figs for prunes and sour cherries for morello. You could also switch the almonds to pistachios or brazils. You may fancy spiking the cake with calvados and adding ground ginger or for a non alcoholic alternative you could try good old builders tea.

I added lots of spices that would pop liking warming embers in the cake and the musky cognac is complemented by the dark brown sugar and treacle’s aged caramel flavour. Finally, the citrus of the orange lifts the flavours so that the cake isn’t too heady and overpowering.

I am going to be decorating the cake with fondant, my preference though has to be the snow peaked royal icing. However, I’m still just as excited to unveil my design for the decor in part 2 of this post!

(This recipe makes a 7 inch cake, perfect for those having a quiet christmas. But, don’t be fooled, you will still get a good 12-16 slices out of this cake depending on how much space you have after turkey and brussels of course).

1. Begin by soaking the fruits. In a glass bowl (I’ve heard it’s best to soak the fruits in a glass bowl as the alcohol can react with some plastics) place the sultanas, raisins, prunes, cherries, candied peel, zest and juice of an orange and 50ml of the cognac, stir until all the fruit is evenly coated with the liquids. Cover the bowl tightly with cling film and leave the fruits for 24 hours or at least overnight to soak up as much flavour and get plump and juicy. If you like your fruits more mushy and soft you can leave them to infuse for a couple of days but I want to be able to define the textures of the individual fruits.

2. When you’re ready to make the cake preheat the oven to 140 degrees of 130 for fan assisted ovens and grease and line a deep 7 inch cake tin. In a bowl beat the butter until pale and fluffy and then add the sugar and cream until lighter in colour. Add the eggs and beat until well incorporated, don’t worry if the mixture is curdled. Next sift in the flour and the spices and fold this into the batter. Once just combined stir in the treacle, almonds and soaked fruits.

3. Dollop the stiff mixture into the tin and level the surface, then make a slight well in the centre of the cake. This helps prevent the cake rising and doming too much in the oven as it will be baking for such a long time. Tie brown paper, similar to what you would wrap a parcel up with around the outside of the tin. This stops the outside of the cake cooking too quickly and unevenly with the centre. Lastly, balance a piece of greaseproof on the top brown paper as a light covering so the surface doesn’t brown too quickly, make sure it doesn’t touch the surface of the cake. Bake in the middle of the oven for 2 1/2 hours before taking out and inserting a skewer to make sure it comes out almost clean, a few crumbs is fine. It’s more likely to be cooked at around 3 hours but it’s best to check as ovens vary so much.

4. When cooked take the cake out of the oven and allow it to cool completely in the tin. Once cooled leave the cake in it’s greaseproof paper but wrap the cake in tin foil and store the cake in an airtight tin in a cool dry place. Feed the cake after a week by poking a skewer all over the surface and drizzling the left over 25 ml of cognac. If you like a more intense cognac flavour feed it again after 2 weeks and so on depending on preference however, I like a hint of cognac so I can still taste all the other christmassy flavours.

5. The cake is ready to decorate after 3 weeks. I shall explain this next stage in part 2 of my post so keep your eyes peeled!